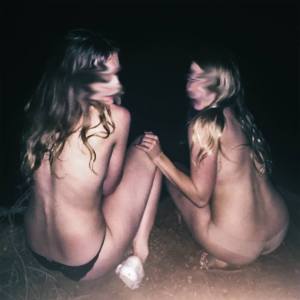 Bay Faction is an Indie Rock band from Boston, Massachusetts. A softer sort of rock, Bay Faction in their debut has gathered a mellow, guitar driven, smooth album. What stood out to me from the first track was how guitar driven this band is. Almost every song is full of amazing, well composed leads and complex structures with an expert sense of timing and song structure. Bay Faction is the kind of band that can reach out with a series of notes, which still sits underneath the brutality of the lyrics. Songs about the harsh reality of self harm, blood, loss, and despair. All of these subjects, so often never spoken of are put into the spotlight on this one. The melodies of the bass and guitar, the almost jazzy tones add a sense of reality and pain. The pains of reality, life, and mistakes are an ever present theme.

The presentation and mixing on this album is top notch. What really keeps me thinking about Bay Faction is the way I related personally to almost every song. There’s something about the way these songs are written, painted scenarios with sound on the canvas of our collective consciousness, the strength of the writing is in it’s universal appeal. A majority of the tracks on this album rely on the skill of the rhythm section, the bassist and drummer have a clear connection that enables the vocals and guitar to flow within and around the melodies of each track. I couldn’t identify one song where each instrument wasn’t contributing something wonderfully dark and reflective. Of the dark parts of life represented in these songs, to me it’s more of a mirror. The way we see the low points, the desperation in the singing comes across so passionately. This is band that knows how to express itself, and has come together to make an intense album. Bay Faction is a one of a kind band, with the sort of sound that really stands out. Although they are from Boston, they are planning a tour of the east coast soon! This album debuts September 29th, so keep that date open for something incredible!